Showing posts from June, 2015
Show All

Scottish Seabird Centre Boat Trip to the Isle of May 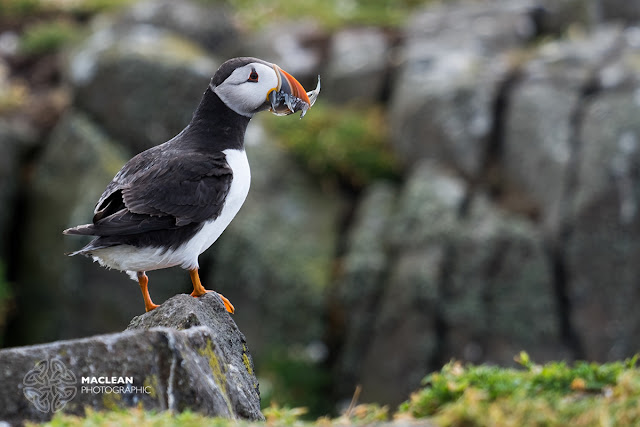 Well worth the wait! That was the thought when we got off the RIB on the Isle of May.  We'd originally booked the Scottish Seabird Centre's Isle of May landing trip in May but it was cancelled the morning of the trip due to bad weather, so we had rebooked for the 28 June.  The weather forecast was looking decidedly 'iffy' but we arrived at the SSC's North Berwick Harbour office to find that the trip was on - phew. The skies were grey and overcast as we headed out into the Firth of Forth and our first stop was Bass Rock.   I'd done a landing trip on The Bass in June 2014 and this time we sailed slowly around the base of this monolith with 150000 Gannets covering every nook and cranny.  It is a spectacular sight and the smell of fish was quite pungent.    Our skipper Colin then gunned the engines and we off skipping across the waves towards the Isle of May. As we approached the island the weather had improved and blue skies were seen abo
Post a Comment
Read more 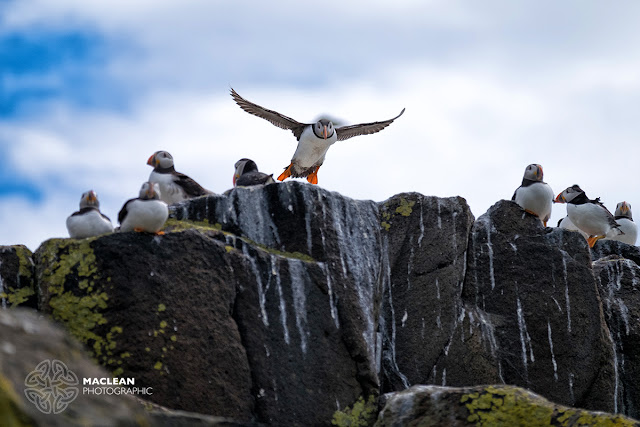 Yesterday we took a Scottish Seabird Centre boat trip out to the Isle of May in the Firth of Forth to photograph some of the 200,000 seabirds that live on the island, including some of the many thousands of Puffins that breed on the Isle of May each year. Today Fujifilm launch Firmware Version 4 for the Fujifilm X-T1 and I have been testing a beta version of the new software for Fujifilm that significantly improves the autofocus on the Japanese manufacturers flagship Compact System Camera (CSC).   The trip to the Isle of May gave me another opportunity to test the Zone and Wide Tracking Focus on the updated software and photograph these small birds in flight with the XF50-140mm f2.8. Atlantic Puffins  ( Fratercula arctica ) are only 32cm (13 inches) long and fly low with their wings beating at 400 times per minute.  They are very difficult to track with the camera because they fly so quickly but there are so many of them on the Isle of May I had plenty of chances to point t
Post a Comment
Read more
More posts