Showing posts from January, 2012
Show All

Megapixels Aren't the Only Factor

- January 30, 2012
It seems that megapixels has become the byword for better in photography; the more megapixels your digital camera has the better it is, but is it?  I have been a Nikon user for 16 years now and a Nikon DSLR owner since 2006.  Then it was 6mp and everyone was happy. Then 12mp became the standard for Nikon with the D3S / D700 / D300S / D90 (the D3X has 24mp)  range of cameras, and this only changed with the 16mp D7000 in 2011, but Canon went one better with 18mp across the board, while the other manufacturers pushed the range even further.   However Nikon stuck with the 12mp and worked on keeping digital noise in check.  Nikon have become the leader in high speed sensors that have pushed the boundaries of shooting in very low light.  Now Nikon have launched their latest flagship DSLR in the shape of the D4, which 'only' has 16mp, which is still smaller than the offerings from Canon and Sony (24mp), and the replacements for the D700 (D800?) and D300S (D400?) are almost certain to
Post a Comment
Read more

Picture of the Week: After the Rain 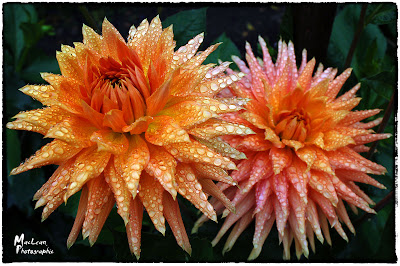 This weeks pictures are from a visit to Calke Abbey, a National Trust property in the Midlands.  Calke Abbey is renowned for its gardens but when we went it had been raining heavily for most of the day.  Luckily is stopped for a while and I was able to grab some flower shots with a difference. ALL IMAGES ARE THE PROPERTY OF MACLEAN PHOTOGRAPHIC AND CANNOT BE USED FOR ANY PURPOSE WITHOUT PRIOR PERMISSION. MORE IMAGES CAN BE VIEWED ON   FLICKR
Post a Comment
Read more 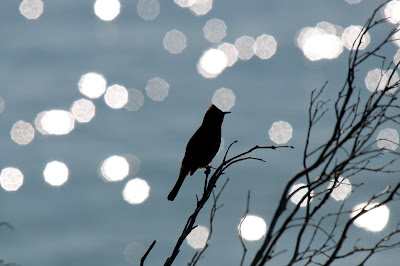 Sometimes phrases or meaning come into general use almost by popular consent or by accident and photography is no different.  One word that has been used more and more in the past 10 years is 'Bokeh'.  So what is Bokeh? The term comes from the Japanese word boke, which means "blur" or "haze" and in photography, bokeh is the blur,or the aesthetic quality of the blur,in out-of-focus areas of an image, or "the way the lens renders out-of-focus points of light."**  Differences in lens aberrations and aperture shape cause some lens designs to blur the image in a way that is pleasing to the eye, while others produce blurring that is unpleasant or distracting—"good" and "bad" bokeh, respectively. Bokeh occurs for parts of the scene that lie outside the depth of field. Photographers sometimes deliberately use a shallow focus technique to create images with prominent out-of-focus regions.** So is that clear now?  This technique
Post a Comment
Read more

Picture of the Week: Antarctic 100 Memorial in Cardiff Bay 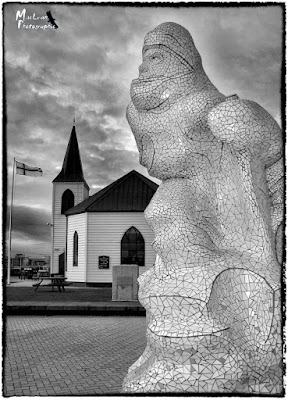 100 years ago this week Captain Robert Falcon Scott and his team reached the South Pole only to find that  a Norwegian team had already beaten them to prize.  Scott's ship the Terra Nova set sail from Cardiff Bay in June 1910 and a memorial to their endeavour can be seen in Cardiff.  The Antarctic 100 memorial is situated next to the Norwegian Church on the harbour front on Cardiff. ALL IMAGES ARE THE PROPERTY OF MACLEAN PHOTOGRAPHIC AND CANNOT BE USED FOR ANY PURPOSE WITHOUT PRIOR PERMISSION. MORE IMAGES CAN BE VIEWED ON   FLICKR
Post a Comment
Read more 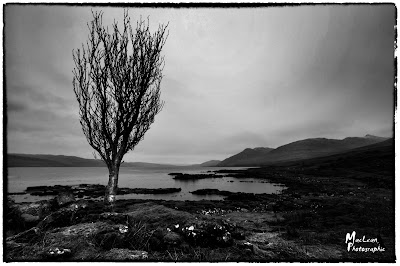 Sometimes less is more in photography.  On our recent trip the weather was typically Scottish and kept me on my toes to come up with a photograph despite the inclement weather that we were experiencing.  On one of the shoots I decided to keep it simple and photograph a single tree or rock in mono and see what I got.  The results were rather pleasing with a single tree on Loch Na Keal and a rock in Salen Bay providing the focal point.  Lone tree at Loch Na Keal Rocks in Salen Bay On New Years Day I tried this technique again when we visited the windswept beach at Calgary Bay.  The sun was breaking through the clouds and part of the beach was lit by the weak sunshine.  Focusing on a piece of seaweed on the edge of the surf I capture this very moody image of one of the most beautiful beaches in the world.  A far cry from the blue skies and white sand images I usually take here.  Calgary Bay on New Years Day ALL IMAGES ARE THE PROPERTY OF MACLEAN PHOTOGRAPHIC AND CANNOT BE US
Post a Comment
Read more

Picture of the Week: Neist Point, Isle of Skye 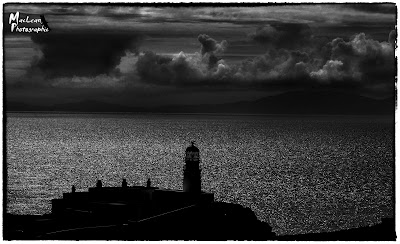 click to enlarge Another shot from the archive, this one of Neist Point on the Isle of Skye in August 2009.  The lighthouse at Neist Point is one of the most photographed part of this Scottish island and so I tried to find a different view from the 'picture postcard' snapper.  As I walked down the hill I saw the sun coming through the clouds over Benbecula on the horizon and stopped to take the image with my 80-200mm f2.8 with the lighthouse silhouetted against the sun dappled sea.  The shot was always envisaged as a black and white, even though it was originally taken in colour. ALL IMAGES ARE THE PROPERTY OF MACLEAN PHOTOGRAPHIC AND CANNOT BE USED FOR ANY PURPOSE WITHOUT PRIOR PERMISSION. MORE IMAGES CAN BE VIEWED ON   FLICKR
Post a Comment
Read more 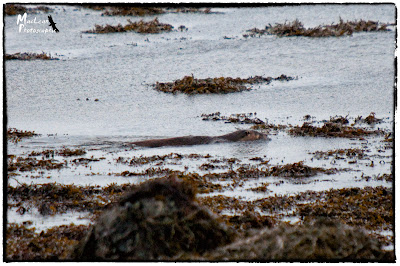 While we were on Mull for New Year we were lucky enough to spot plenty of wildlife, including deer, sea eagles and buzzards but the highlight of the week was an encounter with a wild otter on Loch Spelve while we were on the way down to Loch Buie.  We saw the famous 'Elvis', who was a resident wild otter in Tobermory harbour in 2009, but he was a performer and was easy to spot and photograph.  Unfortunately Elvis died in 2010 and we'd never seen an otter anywhere else on the island as they are a very elusive creature. The otter in Loch Spelve Travelling down to Loch Buie by car, a shout from my wife in the passenger seat, who had spotted something in the water, had me pulling over to see what it was. Suddenly a head popped up and this brown shape started to swim across the water. It was an otter. The otter brings up a crab for lunch from the bottom of the loch The otter enjoys its meal on the shore Using the car as a portable hide, I started to snap away with m
Post a Comment
Read more

click to view large image This is probably my favourite picture of the week we spent on Mull over the New Year period and it is also the final shot I took as we were on the ferry heading back to Oban.   The picture shows the snow covered mountains of Mull as the clouds broke to produce a wonderful light that lit the scene.  On the right you can see Duart Castle, the ancient seat of the Clan MacLean, that guards the approaches to Mull from the mainland.   The image is actually four pictures put together in Photoshop to produce a panoramic. ALL IMAGES ARE THE PROPERTY OF MACLEAN PHOTOGRAPHIC AND CANNOT BE USED FOR ANY PURPOSE WITHOUT PRIOR PERMISSION. MORE IMAGES CAN BE VIEWED ON   FLICKR
Post a Comment
Location: Argyll and Bute, UK
Read more 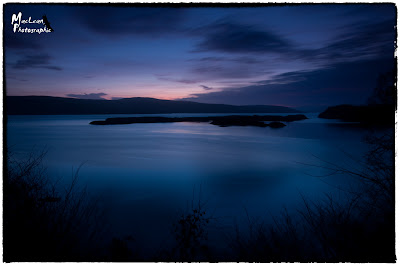 First of all Happy New Year and I hope 2012 is kind to each and everyone of you.  I'm sorry I haven't posted over the Christmas period but this was mainly due to a lack of internet access where we were staying on the Isle of Mull for the past week.  Despite some very stormy and wet weather I managed to squeeze in some time for photography during our break and I will post some of the images I took from Mull over the coming weeks. Calve Island, at the entrance to Tobermory Harbour With the light being so poor most of the time, the choice was either to crank up the ISO or get the tripod out and go for a long exposure.  Luckily most of the subjects I choose to focus on suit the long exposure method.  After a stormy ferry crossing from Oban to Mull on Boxing Day (26th December), the weather on the morning of the 27th was very kind and I walked down to Tobermory harbour in almost perfect conditions. Tobermory - this image is available to buy as a limited edition pr
Post a Comment
Location: Argyll and Bute, UK
Read more
More posts