Showing posts from January, 2016
Show All

2016 has got off to a great start as the MacLean Photographic blog reached two new records this month.

Thanks to everyone who takes the time to read this blog.  With the current overall total of 929,151 views, the 1 million mark is approaching fast.
Post a comment
Read more 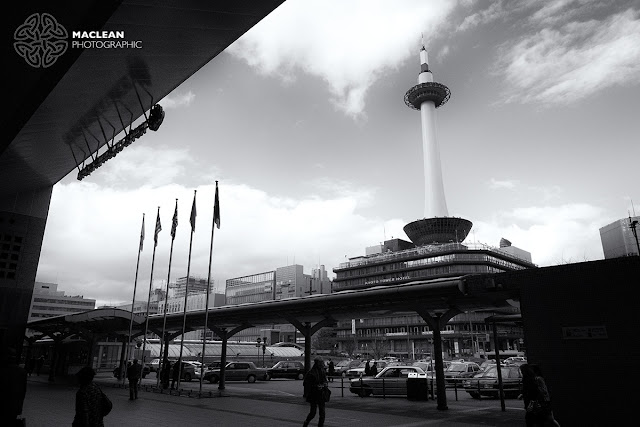 After travelling from Tokyo to Kyoto on the Shinkansen (Bullet Train), which only two hours to cover the 500km between the two cities, the first thing we saw outside the station was the Kyoto Tower.


Standing 131 meters tall just across Kyoto Station, Kyoto Tower is Kyoto's tallest building and a rare modern iconic landmark in the city famous for its ancient temples and shrines.
The tower was completed in 1964, the same year as the opening of the shinkansen and the Tokyo Olympics. A viewing platform is located 100 meters above ground and affords a 360 degree view of Kyoto and as far as Osaka on clear days.
Using the Fujifilm X-Pro2 fitted with the XF16-55mm f2.8 lens I took some images from the station concours using the new ACROS black and white film simulation mode. 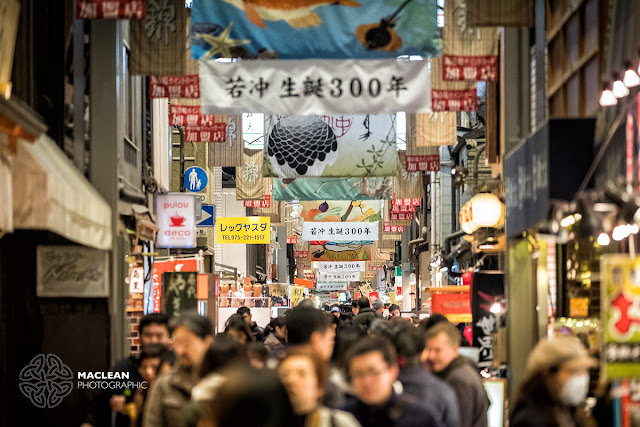 After visiting the Golden Pavilion we took the coach back into the centre of Kyoto to visit the Nishiki Market.
Nishiki Market (錦市場, Nishiki Ichiba) is a narrow, five block long shopping street lined by more than one hundred shops and restaurants. Known as "Kyoto's Kitchen", this lively retail market specializes in all things food related, like fresh seafood, produce, knives and cookware, and is a great place to find seasonal foods and Kyoto specialties, such as Japanese sweets, pickles, dried seafood and sushi.
Before I started taking images I decided to take in the sights and smells of the narrow street.  Sometimes as a photographer it is good to get a sense of the place before picking up the camera.

I did indulge in some local delicacies and also a spot of shopping, buying some of the locally produced Sake.  The busy market also provided some great opportunities for a spot of street photography with the Fujifilm X-Pro2 which I used with the 16-55mm f2.8 or 50-140mm f2.8 …
Post a comment
Read more

Temple of the Golden Pavilion, Kyoto 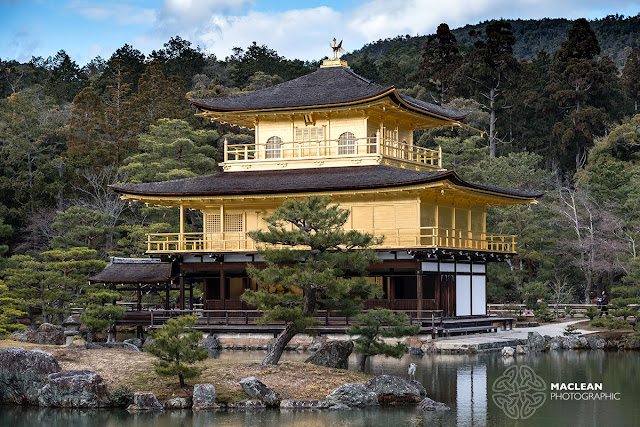 Kinkaku-ji is a Buddist temple in Kyoto, the old capital city of Japan.  The Golden Pavilion is a three storey building in the grounds of the Rokuon-ji temple complex.  The top two stories of the pavilion are covered in gold leaf.

The history of the Kinkaku-ji dates back to the late 14th century when the villa was purchased by Shogun Ashikaga Yoshimitsu.  When The Shogun (warlord) died the building was converted into a Zen temple by his son.

In 1950 the pavilion was burned down by a young novice monk, which also destroyed the statue Ashikaga Yoshimitsu.  The pavilion was rebuilt in 1955 and is said to a close copy of the original.

The day we visited Kinkaku-ji was slightly overcast but when we saw the temple the light started to lift and the winter sunlight was reflected off of the gold covered walls. 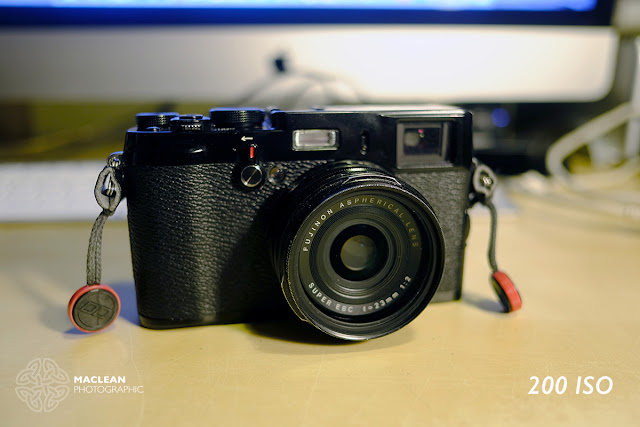 One of the headlines at the launch of the Fujifilm X-Pro2 was the extended ISO range of the new 24MP X-Trans III sensor and the ability to record RAW files at all settings.

I don't tend to use high ISO very often but it does come in useful for low light sports photography so this is one aspect of the X-Pro2 that I was very interested in.  The X-T1 is no slouch when it comes to handling high ISO as this shot taken last year at The Circuit of The Americas in Texas shows.

These are JPEGs straight out of the camera.