Showing posts from October, 2015
Show All

Yesterday was sunny at the Shanghai International Circuit and I took the opportunity to go out to inspect the photo areas around the track and take a few images along the way. Using the X-T1 and the XF16-55mm f2.8 I used the panoramic function on the camera to capture some wide, sweeping images of the track.
Post a Comment
Read more

Nice Light, Shame About the View 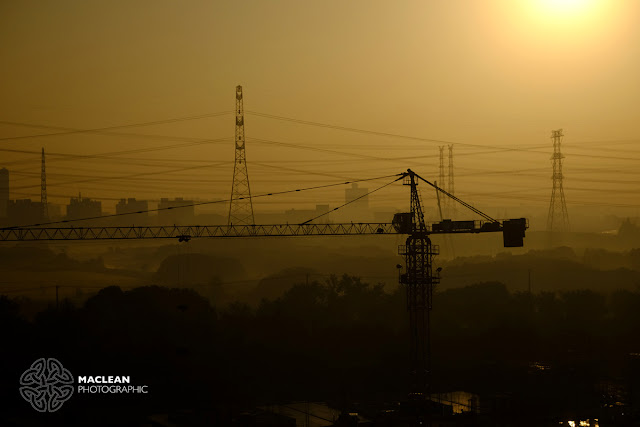 I am currently in Shanghai for the next round of the FIA World Endurance Championship on Sunday 1 November.  This morning I woke up in my hotel room and on opening the curtains I was immediately hit by diffused sunlight through the polluted atmosphere that seems to permanently shroud China's largest city.   This is the fourth year I have stayed at the Crowne Plaza hotel located a few miles from the Shanghai International Circuit and every year I take pictures out of the window to show how things change very quickly in this part of the world.  Last year there was bare ground now, 12 months later, it is a massive construction site with four cranes and hundreds of workers. I took some shots on the X-T1 and XF50-140mm f2.8 to document the changes.  At least the light was quite special even if the subject matter was not.  Probably have a massive tower block in front of the windows next year. ------------------------------------------------------------------
Post a Comment
Read more

Calm Before the Storm 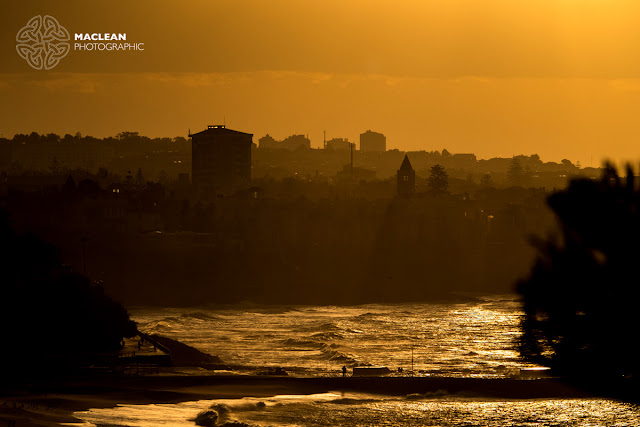 What's in the Camera Bag Now? 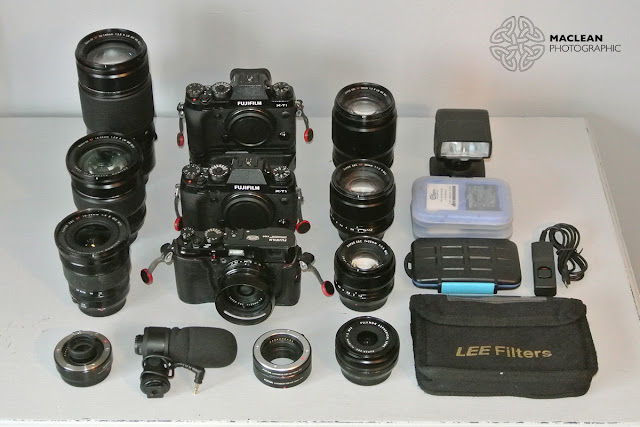 In February I posted on this blog that I was going to have a spring clean of my Fujifilm kit ( CLICK HERE ).  Since then I have become and X-Photographer and have had the opportunity to test some of the new products that have appeared in the Fujifilm line up and even some that won't be appearing until 2016. One of the main reasons that photographers swap from a DSLR system to a CSC is to save weight.  Now for me the primary reason is the image quality and the ease a camera system allows me to work, but after taking 87 flights in 2014 and having already taken 62 in 2015, weight has to be a consideration.  I recently flew to Tokyo with Qatar Airways and they do have a carry on limit, even for Business Class, so my bag had to be weighed.  Carrying everything photographed above, plus a second XF50-140mm f2.8 to test the 1.4x converter that has now been launched, the total weight of my Lowepro backpack was 11.7kg - and that ladies and gentlemen is amazing. So what has changed b
4 comments
Read more For the past 3 months I have been secretly testing the new Fujinon 1.4x converter which when mated with the XF50-140mm f2.8 makes this superb lens a 70-196mm f4 (or 105-300mm f4 equivalent focal length). I have been using mainly for motorsport but I have also used it for wildlife and for landscapes and I can report that this converter doesn't affect the image quality, even when using the lens with its maximum aperture, and it also doesn't affect the performance of the AF.  You do loose one stop of light (hence the f4 rather than the f2.8) but if the light drops off too much you can just dial in an extra stop on the ISO. Physically the Fujinon 1.4x converter is tiny as some of the elements fit up inside the back of the 50-140mm lens and it only adds 18mm to the profile of the lens and body.  It may be small but the 1.4x converter feels solid and is easy to attach and remove. As I said earlier the quality of the images the lens produces with the 1.4x converter fit
Post a Comment
Read more 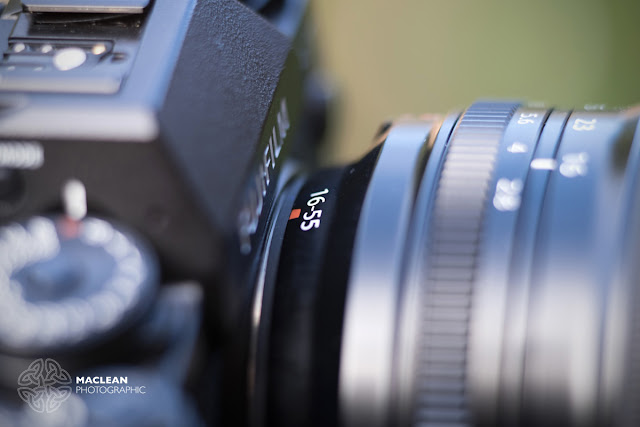 The Fujinon XF16-55mm f2.8R LM WR is Fujifilm's second 'red badge' professional zoom and covers the standard 35mm focal range of 24mm to 84mm with a constant f2.8 maximum aperture.  This, along with the Fujinon XF50-140mm f2.8R LM WR OIS, makes up Fujifilm's professional zoom offering.   We have had a 50-140mm f2.8 since June and this lens lives up to all the hype and press coverage as it is a match for anything that the other manufacturers can produce in this focal length range with a fast aperture. So it was with interest that I tested the 50-140's smaller sibling to see if it can match the quality of the larger lens. There are a few physical differences between the 50-140mm and the 16-55mm (and we are not talking about physical size.  The 16-55 is a big lens but it isn't too big.  Unlike the 50-140mm, the lens extends when zoomed towards the long end of the zoom range.  This is a little disappointing for me as I expected the zoom function to be int
Post a Comment
Read more

Testing The Weather Resistance of the X-T1 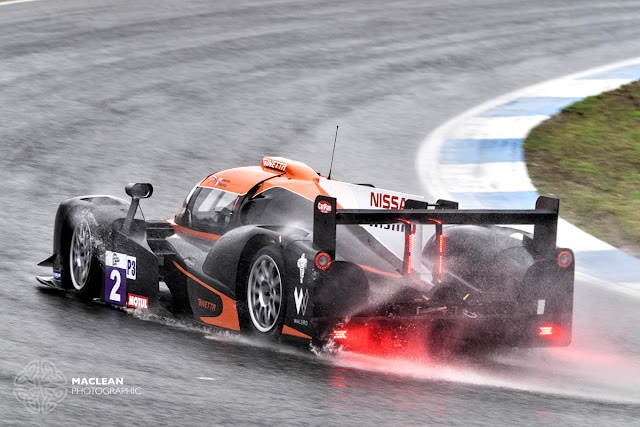 Some Fujifilm products come with a WR label which stands for 'Weather Resistant'.  The X-T1 and the 16-55mm f2.8 and 50-140mm f2.8 lenses all come with this WR label but I always try to protect my camera gear from the weather as much as possible. However yesterday morning during Free Practice for the final European Le Mans Series race of the 2015 season the weather provided a good test to the WR claim.  I still had the cameras covered when I was walking but when shooting the camera and lens were exposed to the heavy rain and high winds. The conditions were certainly a challenge for the photographer as well and I think the cameras performed better than I did in the heavy rain and wind.  At least I know that the WR label on Fujifilm products actually means what it says.  I will still try to protect my gear as much as possible but if I do get caught out in bad weather in future at least I will have the confidence to know that the cameras will continue to function.
Post a Comment
Read more 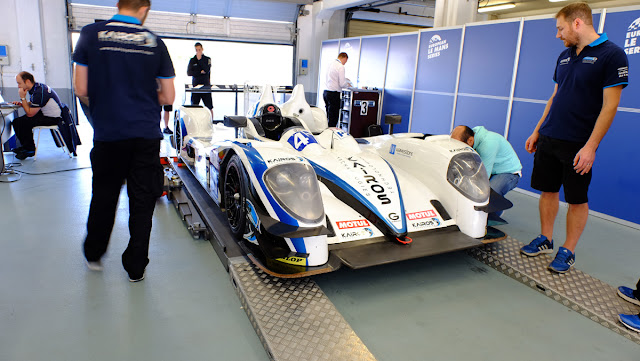 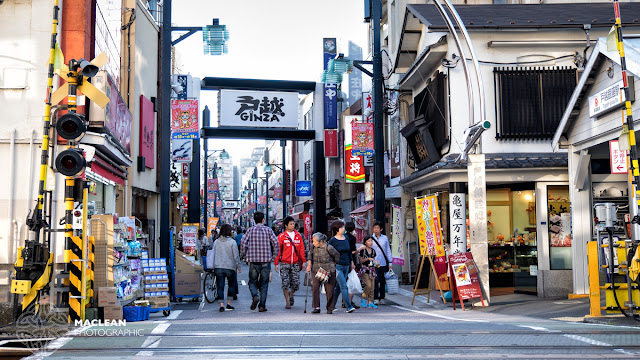 After a couple of hours in the studio filming an interview with Fujifilm, and then lunch, we took a 2-hour walk around Ginza Street in downtown Tokyo, one of the longest shopping areas in the Japanese capital.  The street is very narrow and is only for pedestrians and cyclists, perfect for street photography on the X-T1 and the XF16-55mm f2.8. The flexibility offered by the XF16-55mm f2.8 quickly became apparent when I was walking around.  The 24mm to 85mm equivalent focal range meant I only needed one lens to capture a variety of subjects on the streets of Tokyo. We headed off the beaten track a bit, exploring some of the side streets and it was sometimes hard to believe that we were in one of the most densely populated cities in the world, it was so quiet. The sense of peace continued when we came across a temple, tucked away in amongst the houses.  I have visited many temples on my visits to Tokyo and they are usually an area of calm and tranquillity i
Post a Comment
Read more
More posts