Showing posts from April, 2020
Show All

Nearly six years ago in May 2014 I visited Park Cameras in London and purchased my first zoom lens for the Fujifilm X-Series, a XF10-24mm f4 wide angle.  This lens has been my constant companion when working on various projects over the years and I cannot fault the results that I get with this superb piece of glass.   In 2019 Fujifilm launched the XF8-16mm f2.8 and as an X Photographer I have been asked on numerous occasions why I haven't bought the wider and faster zoom and sold the 10-24mm.  Well, in this feature I will explain my reasons. Arctic Tern Attack, Isle of May, Scotland Fujifilm X-T1 + XF10-24mm f4 - 1/1600s @ f5.6 ISO200 - focal length 10mm BACKGROUND In April 2014 I bought the Fujifilm X-T1 to go alongside my X-Pro1 and X100 that I had been using since 2012.  It was then I decided to move completely to Fujifilm, selling all of my full frame Nikon gear by August of that year.   There were two lenses in the Nikon range that I had to replace
Post a Comment
Read more 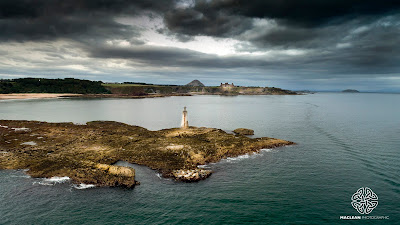 Welcome back to the MacLean Photographic blog.  Sorry I have been absent for a while but I have been busy working on several projects for various clients.  Now is the time to bring the blog back on line and I hope you will join me over the next few months. Since passing the COPTRZ drone course in January 2019 and receiving the Permission for Commercial Operation (PfCO) from the Civil Aviation Authority (CAA) I have been busy putting together some projects to build up my experience and portfolio. This week I launched the MacLean Photographic Drone Services pages on the website giving visitors more details on the services on offer and some examples of our work undertaken over the past 12 months. A key part of this showcase of our work is the Show Reel, a two minute video showing some of the highlights from the past year. You can also view the Show Reel, and all our other videos, on the MacLean Photographic Vimeo channel . One of the plans I have during this Covid19 l
Post a Comment
Location: Dunbar, UK
Read more
More posts