Showing posts from October, 2016
Show All

Bridge Over the River Tummel 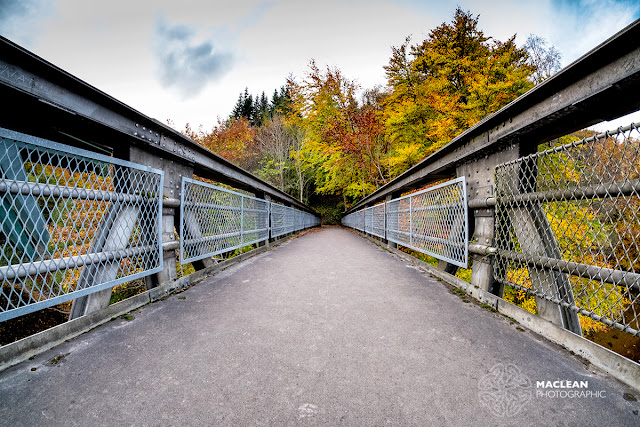 Autumn Photo Tour in The Highlands 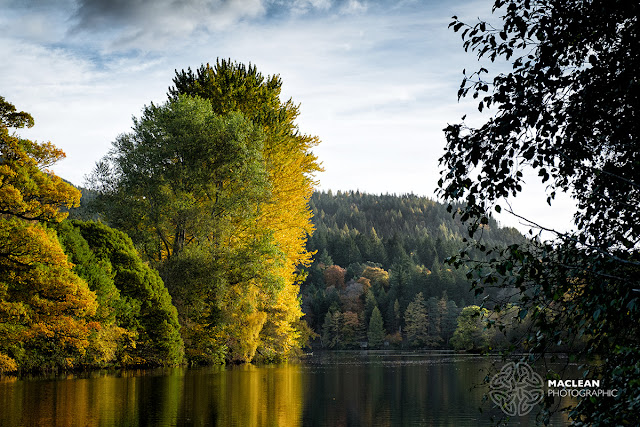 To photograph autumn in the Highlands is a very rare occurrence for me because of my motorsport schedule at this time of year.  Between September and November I have seven events in just eleven weeks in Mexico, USA, Belgium, Japan, Portugal, China and Bahrain which doesn't leave a lot of time for other work in between.  This year I set aside one day to go north and explore the area around Pitlochry and the River Tummel. So an early start last Friday with friend and fellow photographer Alistair Spence saw us heading over the Forth Road Bridge towards our first stop just north of Dunkeld to catch the dawn.  We stopped on the side of Loch Craiglush (Point A on the map) looking east waiting for the sun to come up above the tree line on the opposite shore at 08h15.     Loch Craiglush at Dawn - Fujifilm X-T2 + XF10-24mm f4 - 240s @ f11 ISO100 I had set the Fujifilm X-T2, fitted with the XF10-24mm f4 ultra wide angle zoom, on the Manfrotto 190XPro4 tripod low down in the w
Post a Comment
Read more 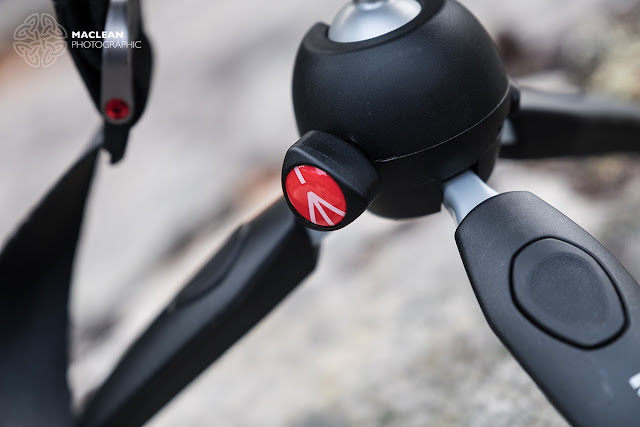 I recently bought a Manfrotto Professional MP-BP-50BB camera backpack from Calumet in Edinburgh to replace my Lowepro Pro Runner backpack that I have owned since 2011.  I have two more long haul trips to China and Bahrain and then I will be producing a full review of this new bag that offers me a number of significant advantages as a frequent flyer over the Lowepro.   Manfrotto were running a promotion for a free PIXI EVO Mini Tripod during the month of September and so I duly sent off to claim it. The package arrived while I was in Japan and I had the first opportunity to test it out in the Highlands of Scotland yesterday.  Now regular readers of this blog will know I rate my Manfrotto 190XPro4 tripod very highly and this goes everywhere with me on my landscape expeditions.  When traveling I also have a Manfrotto Compact MKC3-H01 tripod which goes in my hold luggage and has been with me around the globe since 2012.   While the 190X will go quite low to the ground I sometime
Post a Comment
Read more 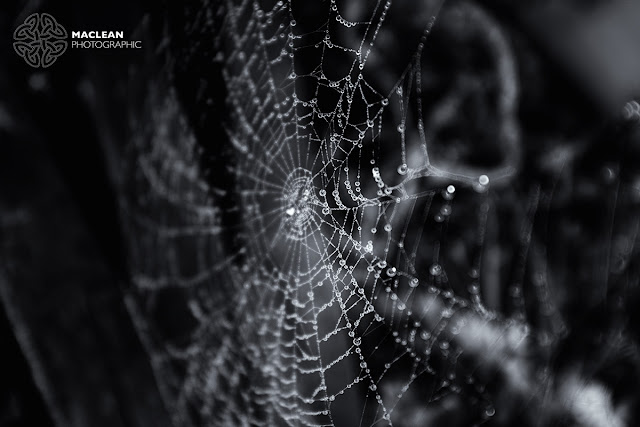 A Walk in the Woods with the X100T 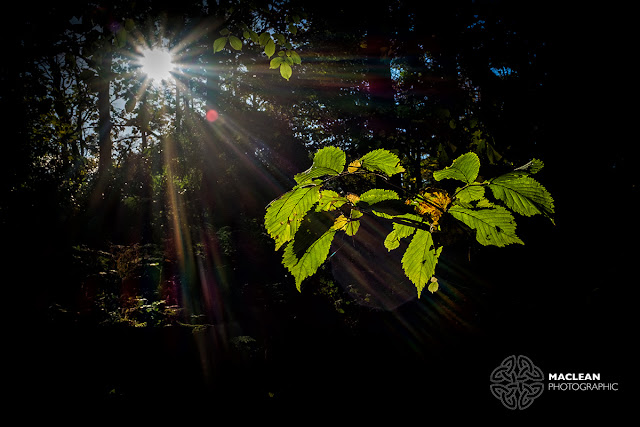 After two weeks away in Japan and Portugal today was the first opportunity I have had to visit one of my favourite places near to my home in Scotland.   With autumn in full swing we decided to go for a walk in the woods near Tyningham beach and with the sun shining through the trees there was some great photographic opportunities to be had.  I decided not to go loaded down with lots of photographic gear and took only the Fujifilm X100T in my pocket.  Going small and light meant I had to think creatively about what I was going to photograph but with the X100T that isn't such a hard thing to do. With the sunlight coming down through the trees, there were plants and leaves being highlighted by the shafts of light so I switched the X100T to macro mode to get in close with the Fujinon 23mm f2 lens.  This sharp lens picked up all the detail in the backlit leaves and the forest floor. All images taken on the Fujifilm X100T with its fixed 23mm f2 lens.
Post a Comment
Read more 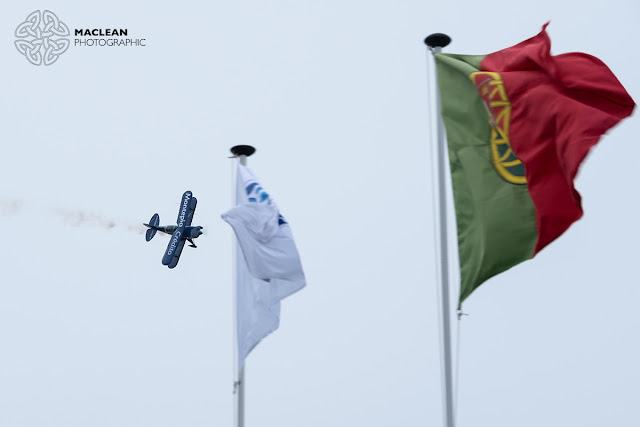 Just before the green flag was waved to start last Sunday's 4 Hours of Estoril in Portugal, which was the final race of the 2016 European Le Mans Series, there was a short air display above the grid by a Pitts S-2B aerobatic biplane from the Portuguese team Aerobatica. Using the Fujifilm X-T2 and the XF50-140mm f2.8 I took some images as the display came over our heads on the grid.   I manually set the camera's shutter speed at 1/250s so that the propeller was moving, the the aperture to f10 and the ISO to 200 so that the camera's meter wouldn't be confused by the bright sky and under expose the aircraft.   I chose a shutter speed of 1/250s because if I had shot at a higher shutter speed the movement of the propeller would have been frozen and made it seem that the plane wasn't flying. The AF on the X-T2 followed the aircraft faultlessly. The website for the Aerobatica team can be found at www.aerobatica.pt   (website in Portuguese) and there is a promo
Post a Comment
Read more

On the Grid in Portugal 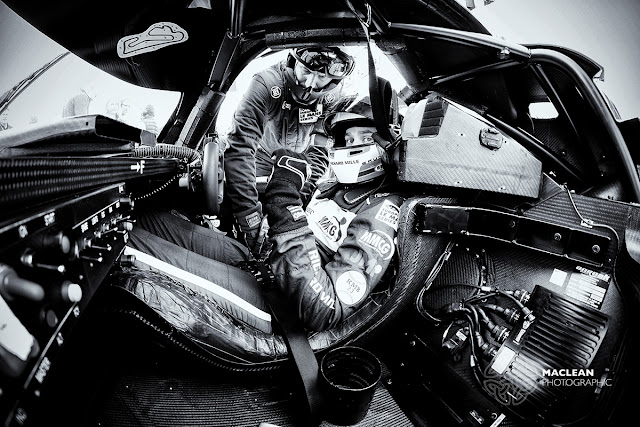 The season finale of the 2016 European Le Mans Series took place at the Autodromo do Estoril with a dramatic end to the year with the championship leading no66 JMW Motorsport Ferrrai retiring due to a gearbox problem, handing the European title to their nearest rivals at Aston Martin Racing. Alex Brundle (top picture) had already secured the LMP3 European title with his teammates Christian England and Mike Guasch (pictured below) and started the race from pole position.  But an incident between Mike Guasch and the no66 JMW Motorsport Ferrari after two hours of the four hour race meant the Anglo American trio failed to finish their championship wining season on a high note. In the pitlane I spotted Fabien Barthez, the former French goalkeeper and national captain, signing autographs.  Barthez is now a successful driver and team owner, competing in the LMP2 class of the European Le Mans Series. AF Corse Ferrari driver Rui Aguas was also signing some autographs ahead
1 comment
Read more
More posts