Showing posts from January, 2017
Show All 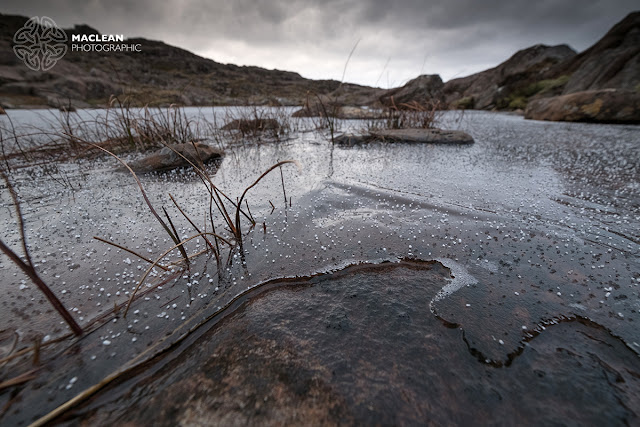 Frozen water - Fujifilm X-T2 + XF10-24mm f4 - 1/13 @ f8 ISO800 (zoom 10mm) Bealach na Ba is Gaelic for Pass of the Cattle and is a road that is reminiscent of Alpine roads with tight and twisty bends as the single track road twists it was from sea level to 626 metres (2054ft). We had packed away our camera gear into the car at the bottom of the pass and as we headed up the weather had taken a turn for the worse, with rain swiftly turning to flurries of snow as we headed up.  This made the climb seem even more dramatic as the dark layer of cloud was lit from underneath by the sunlight down on Loch Kishorn. Bealach na Ba - Fujifilm X-T2 + XF10-24mm f4 - 1/100 @ f4 ISO800 (zoom 10mm) When we reached the top we stopped to climb out of the car to taken some images.  The twisting road provided a great lead in line for the resulting image At the top of the ridge the large pools of water were frozen over with snow flakes being blown across the surface.  The X-T2 with the XF10
Post a Comment
Location: Applecross, Strathcarron IV54, UK
Read more 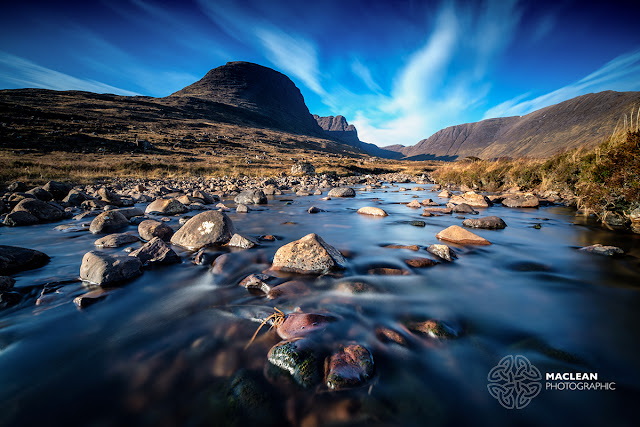 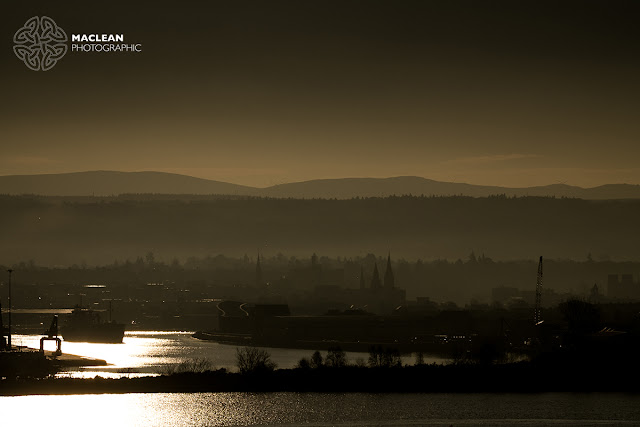 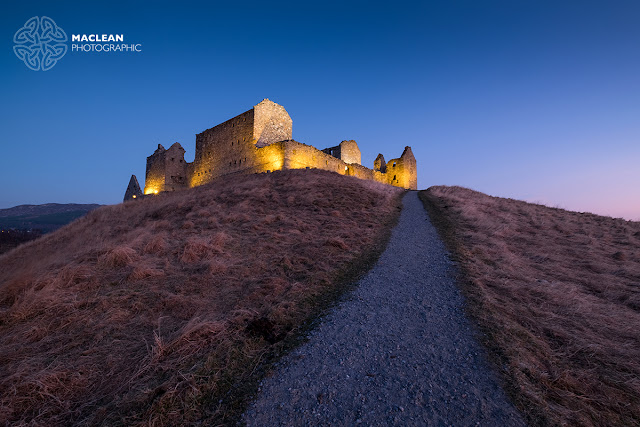 Fujifilm X-T2 + XF10-24mm f4 - 3s @ f9 ISO200 (zoom 10mm) On Friday 27 January we set off from Edinburgh for a two day photo trip into the Highlands around Ullapool.  We left Edinburgh two hours before dawn and as we traveled up the A9, the main road from Perth to Inverness through the mountains, we decided to stop at the ruins of Ruthven Barracks to capture the sunrise. Ruthven Barracks stand on a mound on the opposite side of the A9 from the village of Kingussie, about 13 miles south of Aviemore.  I have been traveling up and down the A9 since I was posted to RAF Kinloss in February 1987 but have never stopped to view the ruins. Fujifilm X-T2 + XF10-24mm f4 - 1/13 @ f11 ISO400 (zoom 12mm) Ruthven Barracks were built in 1719 by the British Army after the failed Jacobite uprising in 1715.   In the 1745 rising led by Prince Charles Edward Stuart a unit of 12 British soldiers, commanded by a Sergeant Terrence Molloy of the 6th Regiment of Foot , defended the barracks aga
Post a Comment
Location: Highland, UK
Read more

REVIEW: What is the Best Fuji Kit Lens? Part 3 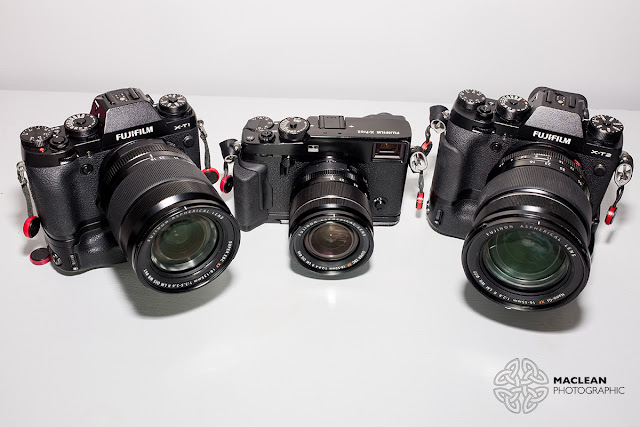 Well it has been a fun three weeks testing the two XF 'Kit' lenses and I will admit that I would be happy to have either in my camera bag.  They certainly are not 'kit' lenses in the same vein as the ones you find on the low end DSLRs.  In this final review in this three week test I will weigh up the pros and cons of the two kit lenses and how they compare to the big brother, the XF16-55mm f2.8 R LM WR. I conducted two earlier reviews in Part 1 and Part 2 of this feature.  Click on the links below to see those reviews and sample images. Part 1: XF18-135mm f3.5/5.6R LM OIS WR Part 2:  XF18-55mm f2.8/4R LM OIS             QUALITY PRODUCTS Both the XF18-55mm f2.8/4 and the XF18-135mm f3.5/5.6 are well built, have a solid construction, are optically on a par with the best of the XF range of lenses and have a very useful Optical Image Stabilisation system built in.  The 18-135mm is also weather resistant which for lens that is very well suited to travel photogra
3 comments
Read more
More posts