Showing posts from November, 2016
Show All

The John Muir Way winds its way across the south of Scotland from Muir's birth place in Dunbar and ends in Helensburgh 133 miles away on the north side of the Clyde, which was the place that Muir family set sail for the United States.

We have walked small parts of the John Muir Way, which isn't very difficult as it passes a few hundred metres from the front door of our house in Dunbar, but in September this year we decided to head out to a section of the pathway on the south bank of the Forth River, west of the road and rail bridges.


The part of the John Muir Way we decided to walk was from Blackness Castle in the west along the side of the Firth of Forth, past Hopetoun House and onwards towards the beach near South Queensferry which gave a great view of the three bridges.


We also had a view across the water towards the naval dockyard of Rosyth, where the new Royal Navy aircraft carriers are being built.  HMS Queen Elizabeth is nearly complete and will sail out of the Forth som…
Post a comment
Read more 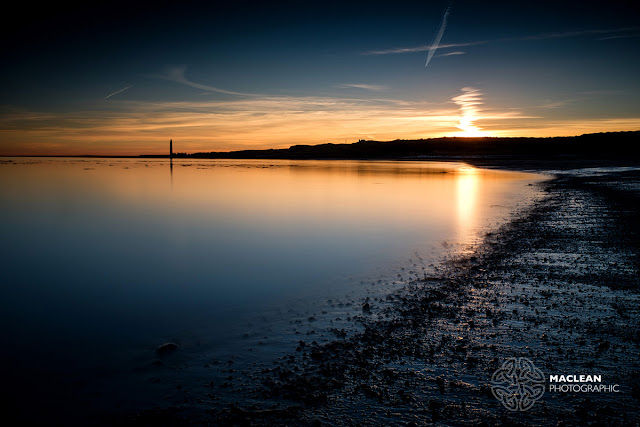 Since the end of August I have been on a whistle stop world tour with the FIA World Endurance Championship and European Le Mans Series with eight events in eight countries (France, Mexico, USA, Belgium, Japan, Portugal, China, Bahrain) on three different continents (Europe, North America and Asia).

I do love my job but it is hard, long work and I look forward to go somewhere quiet closer to home.  It is why we decided to relocate to East Lothian in the South East of Scotland in 2013.

On Friday morning the chance of clear skies had me heading out to White Sands on the other side of Dunbar to capture the sunrise at one of my favourite places - Barns Ness Lighthouse.  It was 3 hours past low tide and the shoreline was perfect for a long exposure image and the waves lapped the beach.

The temperature was below freezing and the sand dunes at the back of the beach were covered in frost.  It was certainly very different from the sunsets I was taking in Bahrain a few days earlier! 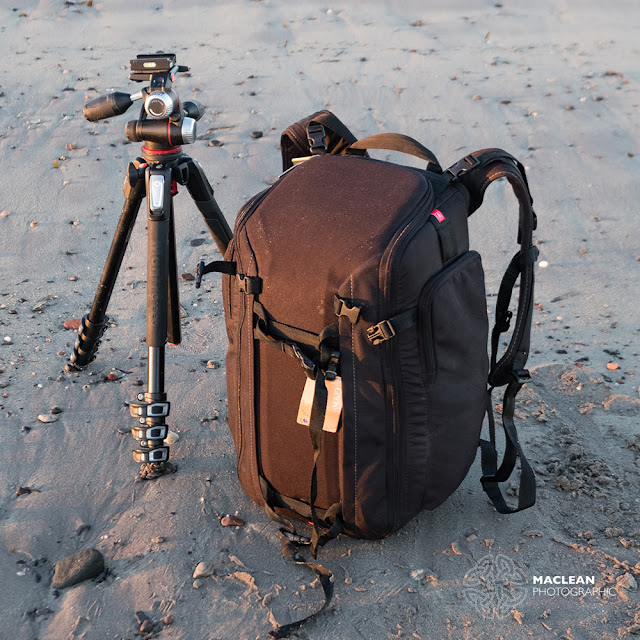 I have to admit that as a photographer who spends a lot of time on the move I have yet to find the perfect camera bag, but I may have come very close with the Manfrotto Professional Backpack 50.

A camera bag is a considered purchase and something that shouldn't be skimped on.  Why spend thousands of hard earned pounds on a camera system and the protect it with a cheap bag - it doesn't make sense to me.

For the past five years I have used a Lowepro 350AW Pro Runner backpack which has been a great all round carrying system. I originally bought it for my Nikon DSLR outfit and when I switched exclusively to Fujifilm in 2014 I continued to use the Lowepro.  However it was starting to show its age with some of the plastic couplings breaking or becoming detached, so I started the search for a new bag.

Because I take a lot of flights - I've taken 84 flights in 2016 - the bag has to fit in with the most stringent of carry on rules for the major carriers.  I tend to fly with British …
1 comment
Read more 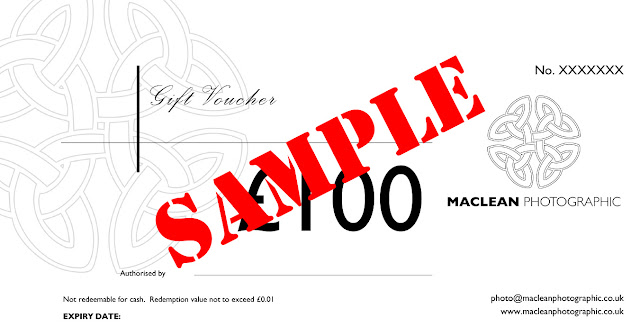 MacLean Photographic workshops and tours have been well received in 2016 with satisfied clients traveling home with some great images and an improvement in their photographic knowledge.

On Monday 28th November the dates for the 2017 season were released on the MacLean Photographic website.

Also available on the website are MacLean Photographic Gift Vouchers to the value of £25, £50 or £100.  If you are stuck what to get that special photographer in your life for Christmas then look no further.

As a special offer, all vouchers bought before the 31 December 2016 will have no expiry date, then can be used in 2017, 2018 or even 2025 should the recipient wish.  Also for all vouchers bought before the end of the year, MacLean Photographic will keep the price of the workshops and tours at 2016 prices for bookings made with those vouchers.  That way the vouchers never lose their value! 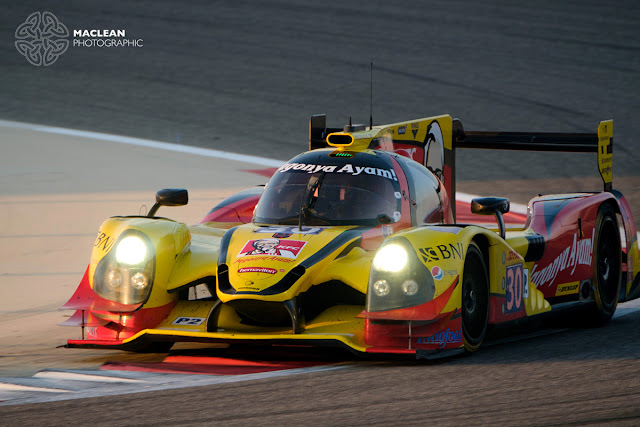 The Fujinon XF100-400mm f4.5/5.6 (150-600mm equivalent) is the longest focal length lens in the Fujifilm X-Series arsenal and is more than adequate for most purposes when shooting sport and wildlife.

When shooting motor sport I am able to get 90% of my images using the standard lens but most of the circuits the FIA World Endurance Championship visits have the latest safety standards, which means the run off areas are quite large and the trackside locations can be a fair distance away.  This is the case at the Bahrain International Circuit, which hosted the season finale last Saturday.

Luckily Fujifilm have produced two high quality teleconverters which increase the focal length of the 100-400mm at the expense of making the effective maximum aperture smaller.

The 1.4x converter increases the focal length range from 100-400mm to 140mm-560mm, while making the maximum aperture f8.  The quality of this converter is such that there is no drop off in the quality of the final image and the sp…
Post a comment
Read more

The Tree of Life 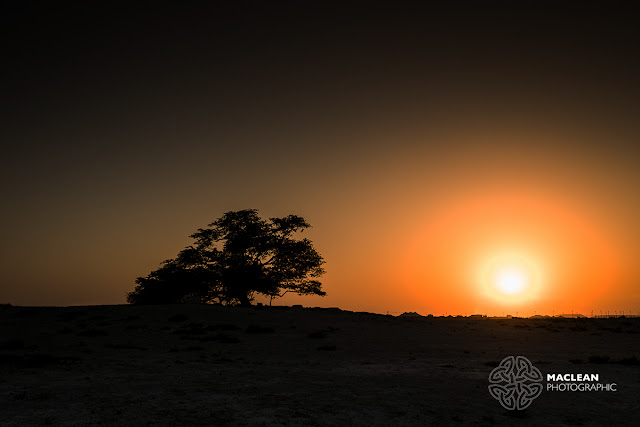 The Kingdom of Bahrain is starting to attract more tourists and one of the attractions on the island is the Tree of Life.
The Tree of Life (Shajarat-al-Hayaf) is a 400-year-old 10 metre / 35 ft high tree that is growing out in the desert.  It is the only large tree in the area and there are no water sources nearby and with little to no rain throughout the year the Tree of Life attracts a lot of attention, including tourists with 50,000 people traveling to the site on the south side of the island.
The trip down from Manama takes you through the gas and oil fields, with workers campsites all around the site of the Tree of Life.

We decided to travel down at sunset before heading back to Manama to catch our flights back to Europe after the 6 Hours of Bahrain weekend.
I captured these images on the Fujifilm X-T2 as the sun went down behind the tree.  Sunsets in the Middle East are pretty quick, lasting several minutes at best.