Showing posts from April, 2013
Show All 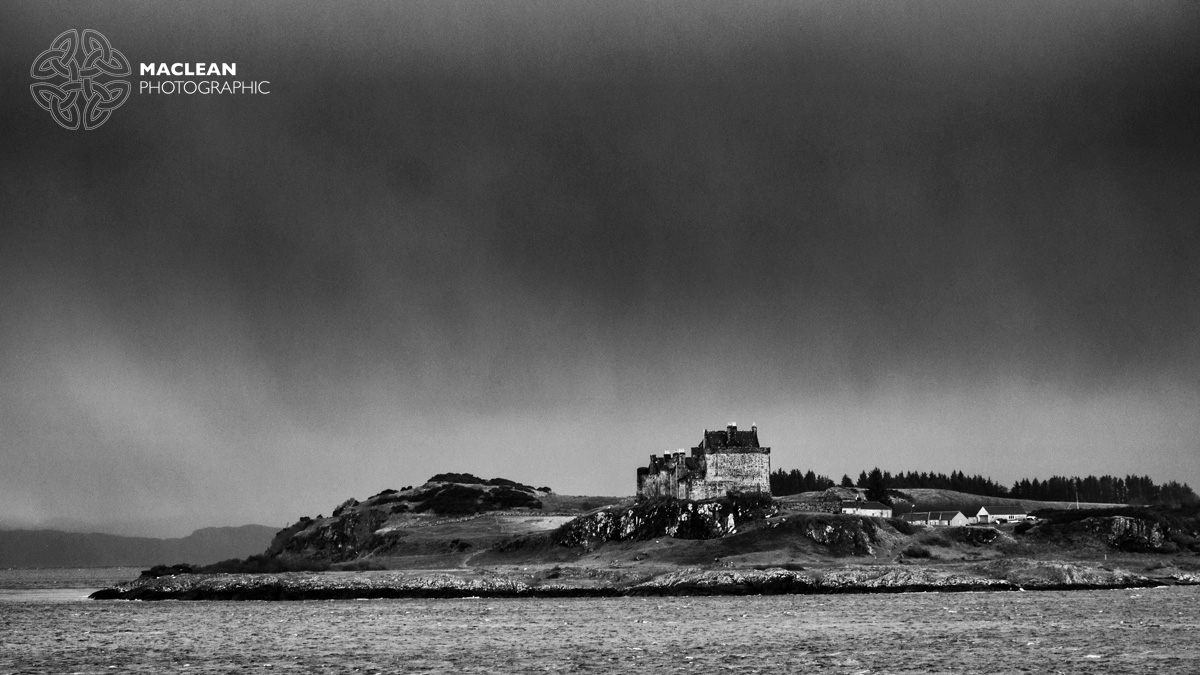 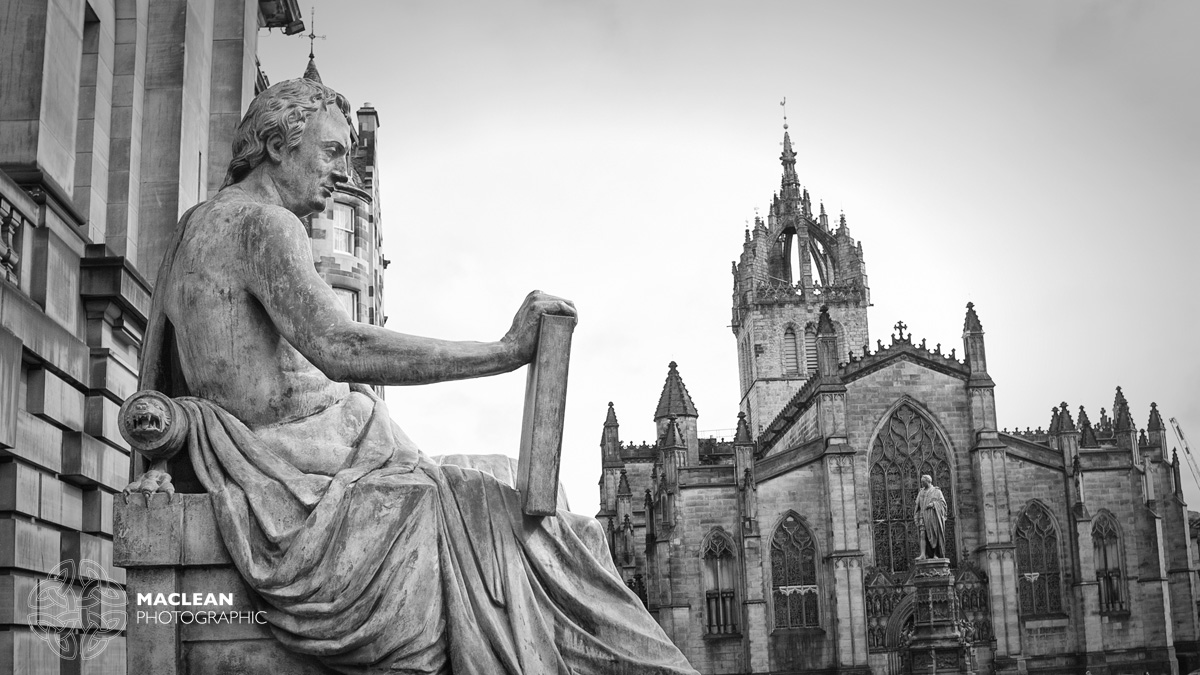 The Royal Mile is the name given to a succession of streets forming the main thoroughfare of the Old Town of the city of Edinburgh in Scotland. The name was first used in W M Gilbert's Edinburgh in the Nineteenth Century (1901), and was further popularised as the title of a guidebook, published in 1920. The thoroughfare, as the name suggests, is approximately one mile long and runs downhill between two significant locations in the history of Scotland, namely Edinburgh Castle (See yesterday's blog ) and Holyrood Palace. The streets which make up the Royal Mile are (west to east) Castlehill, the Lawnmarket, the High Street, the Canongate and Abbey Strand. The Royal Mile is the busiest tourist street in the Old Town, rivalled only by Princes Street in the New Town. There is an excellent website that gives details of all the places that can seen on The Royal Mile HERE Statue of David Hume and St Giles Cathedral Deacon Brodies Tavern and St Giles Cathedral T
Post a Comment
Read more 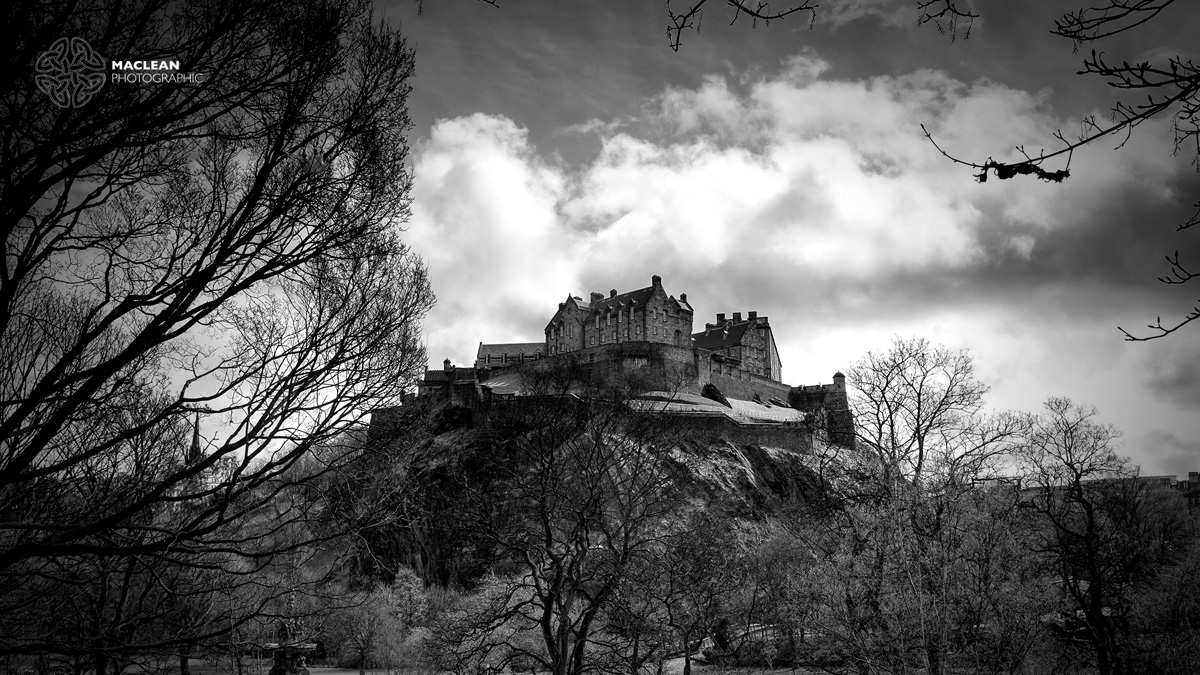 Without doubt the most famous castle in Scotland, if not the world, Edinburgh Castle stands guard overlooking the Scottish capital. Edinburgh Castle is a fortress which dominates the skyline of the city of Edinburgh, Scotland, from its position atop the volcanic Castle Rock. Human habitation of the site is dated back as far as the 9th century BC, although the nature of early settlement is unclear. There has been a royal castle here since at least the reign of David I in the 12th century, and the site continued to be a royal residence until the Union of the Crowns in 1603. From the 15th century the castle's residential role declined, and by the 17th century its principal role was as a military base with a large garrison. Its importance as a historic monument was recognised from the 19th century, and various restoration programmes have been carried out since. As one of the most important fortresses in the Kingdom of Scotland, Edinburgh Castle was involved in many historical co
Post a Comment
Read more 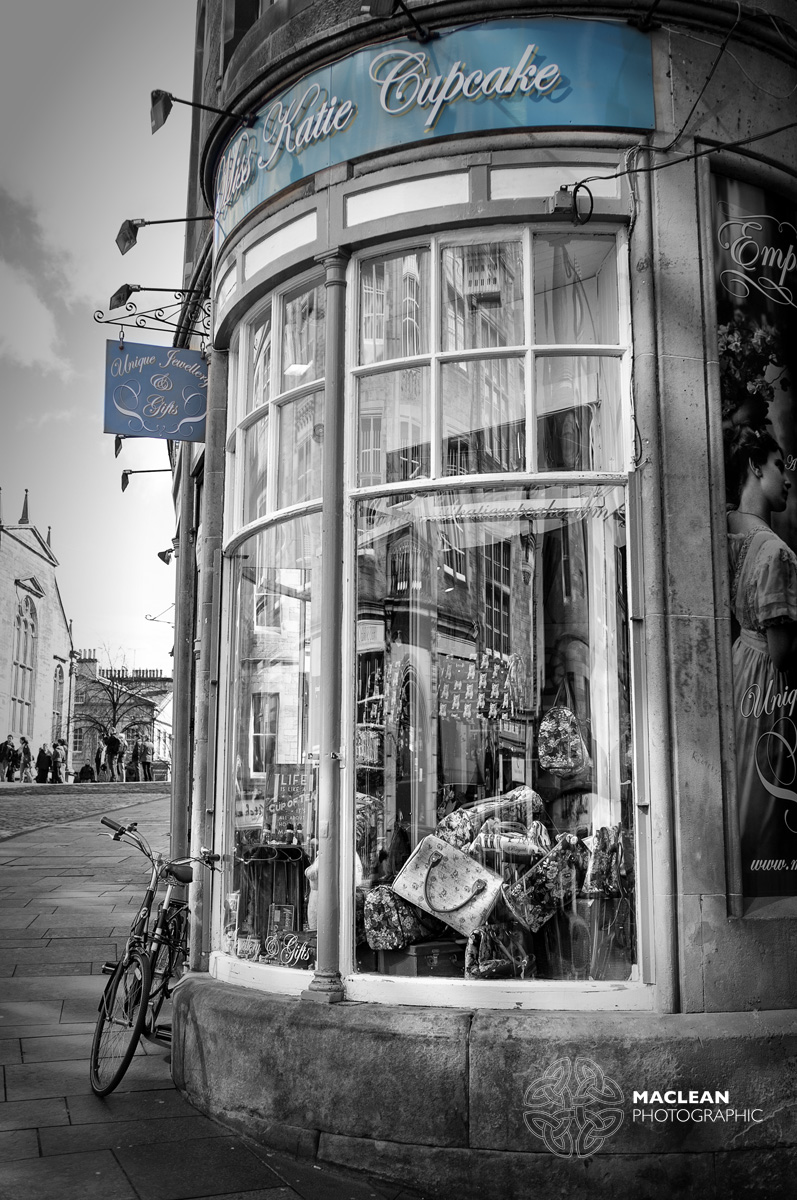 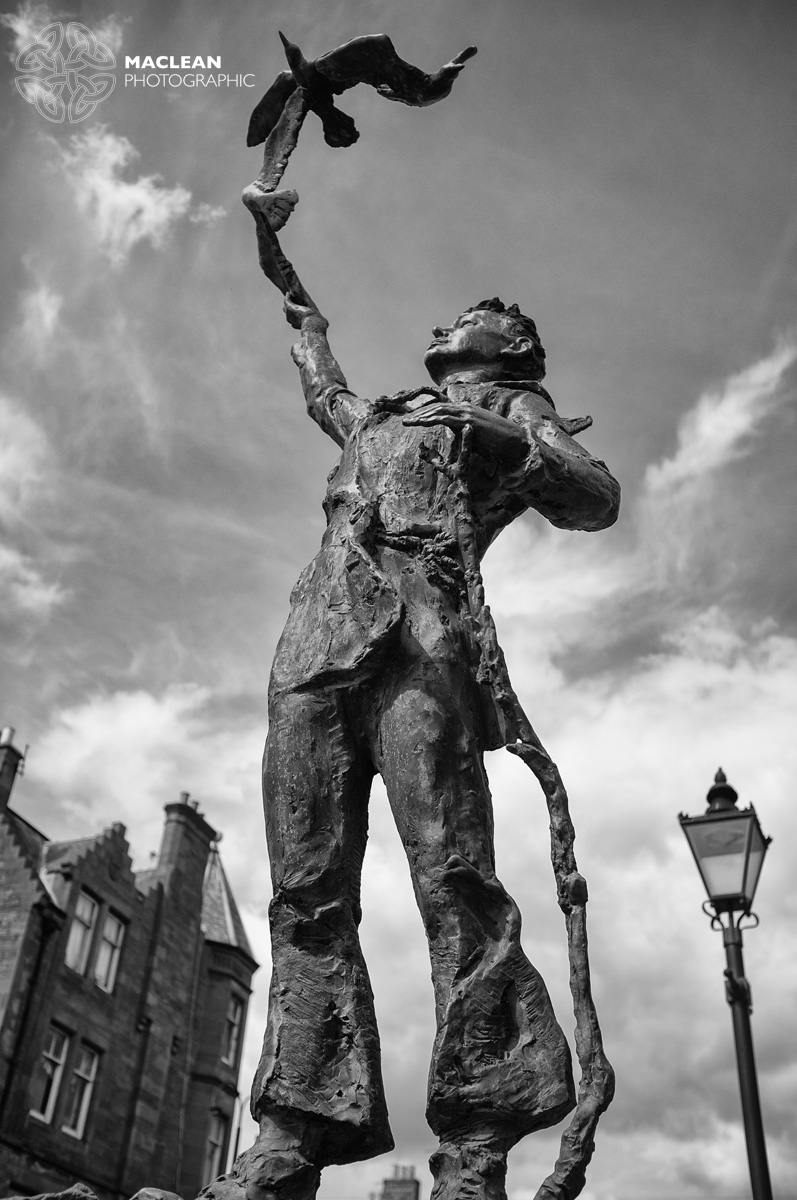 John Muir (21 April 1838 – 24 December 1914) was a Scottish-born American naturalist, author, and early advocate of preservation of wilderness in the United States. His letters, essays, and books telling of his adventures in nature, especially in the Sierra Nevada mountains of California, have been read by millions. His activism helped to preserve the Yosemite Valley, Sequoia National Park and other wilderness areas. The Sierra Club, which he founded, is now one of the most important conservation organizations in the United States. One of the most well-known hiking trails in the U.S., the 211-mile (340 km) John Muir Trail, was named in his honour. Other places named in his honour are Muir Woods National Monument, Muir Beach, John Muir College, Mount Muir, Camp Muir and Muir Glacier. In his later life, Muir devoted most of his time to the preservation of the Western forests. He petitioned the U.S. Congress for the National Park bill that was passed in 1890, establishing both Y
Post a Comment
Read more 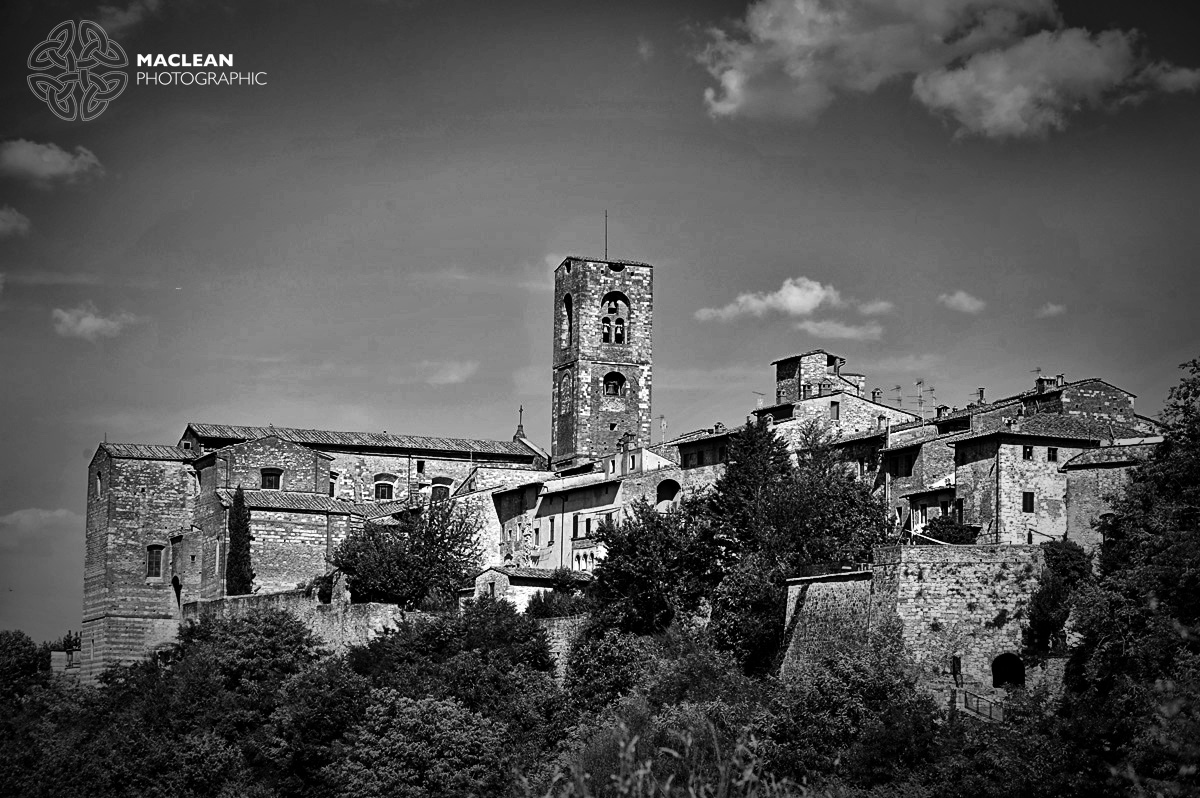 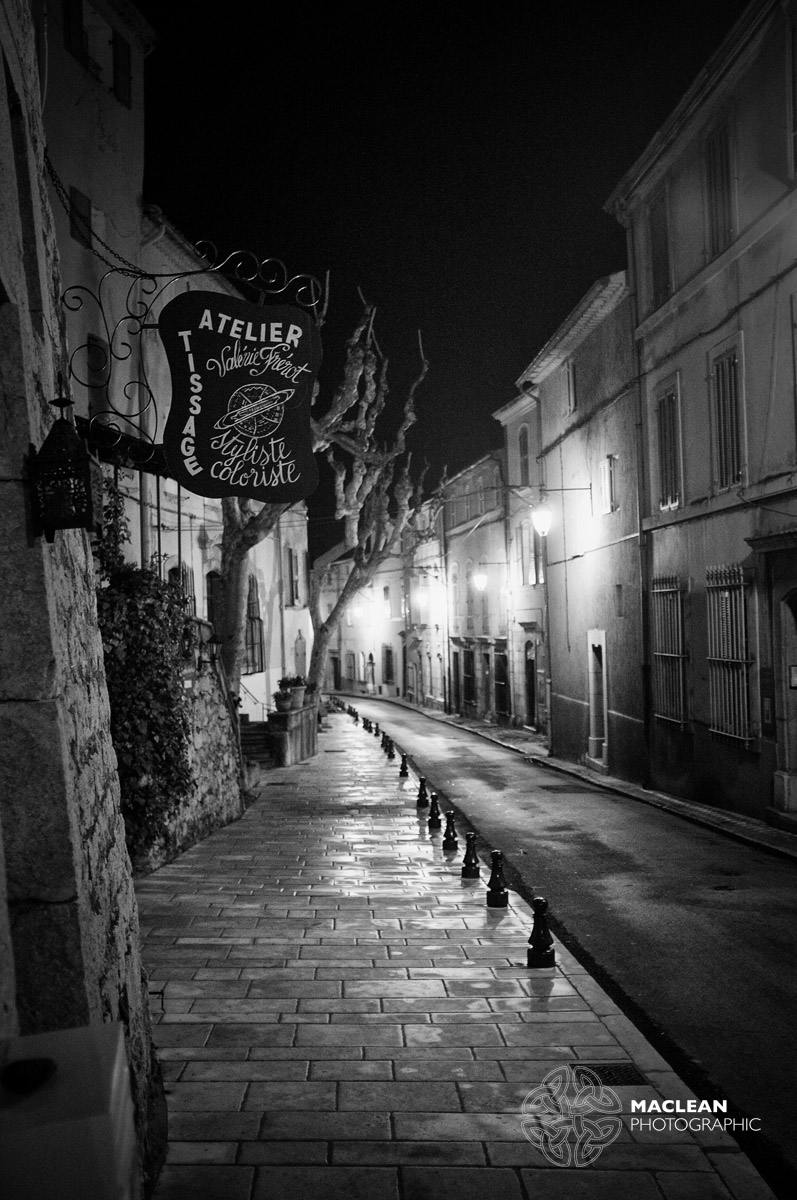 While at the recent official test for the FIA World Endurance Championship I received an invitation from Porsche AG to join their communications team and some key German journalists for dinner at a restaurant in La Cadière-d'Azur  about 20 minutes from the circuit Paul Ricard.  The village features lots of old narrow streets and tall stone buildings. I stopped to take some shots on the Fuji X100 with the ISO cranked up to 3200 to give me just enough of a shutter speed to record the dimly lit streets. Fuji X100 - 23mm f2 - 1/25 @ f2 - ISO3200 The village is on a hill top that overlooks a lot of the Bandol vineyards.The back of St-Andre Church built onto the cliff face The village still has 3 remaining medieval Gate Doors, which are the porte St-Jehan (built in January 1561), porte de la Colle and the porte Mazrin, in the ancient medieval walls. Two other older medieval buildings of the village are the Tour de l'Horloge with a 16th-century campanile and the 16th centu
Post a Comment
Read more

Ready to go to Work 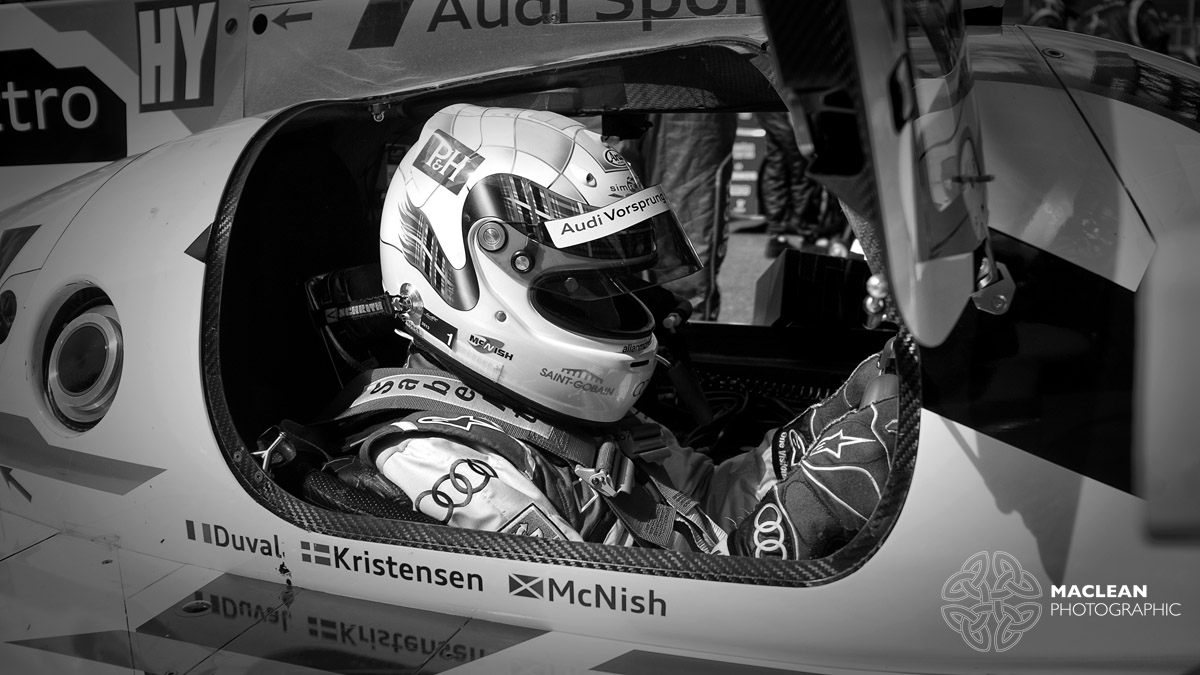 Fujifilm Finepix X100 - 19mm f2 (WCL-X100 fitted) - 1/750 @ f2.8 - ISO200 Most of us drive to our place of work but when Allan McNish climbs aboard the Audi R18 e-tron quattro in the FIA World Endurance Championship he is at work and the cockpit of the car is his office. This was taken on the grid for the opening round of the FIA WEC at Silverstone last Sunday, a race that he and teammates, Tom Kristensen and Loic Duval won putting them at the top of the leader board for the 2013 world title.  The next round will take place on the 4 May at the awesome Spa-Francorchamps circuit in Belgium, the last test before the 'big one', the 24 Hours of Le Mans on 22/23 June. I took this shot as I made my way off the grid on my trusty Fuji X100 with the WCL-X100 wide angle converter lens fitted to the camera.  The shot was then converted to mono in Silver Efex Pro 2 with some dodging and burning in Photoshop Elements 11. ---------------------------------------------------
Post a Comment
Location: Silverstone, Northamptonshire NN12, UK
Read more

Picture of the Week: Duart Castle 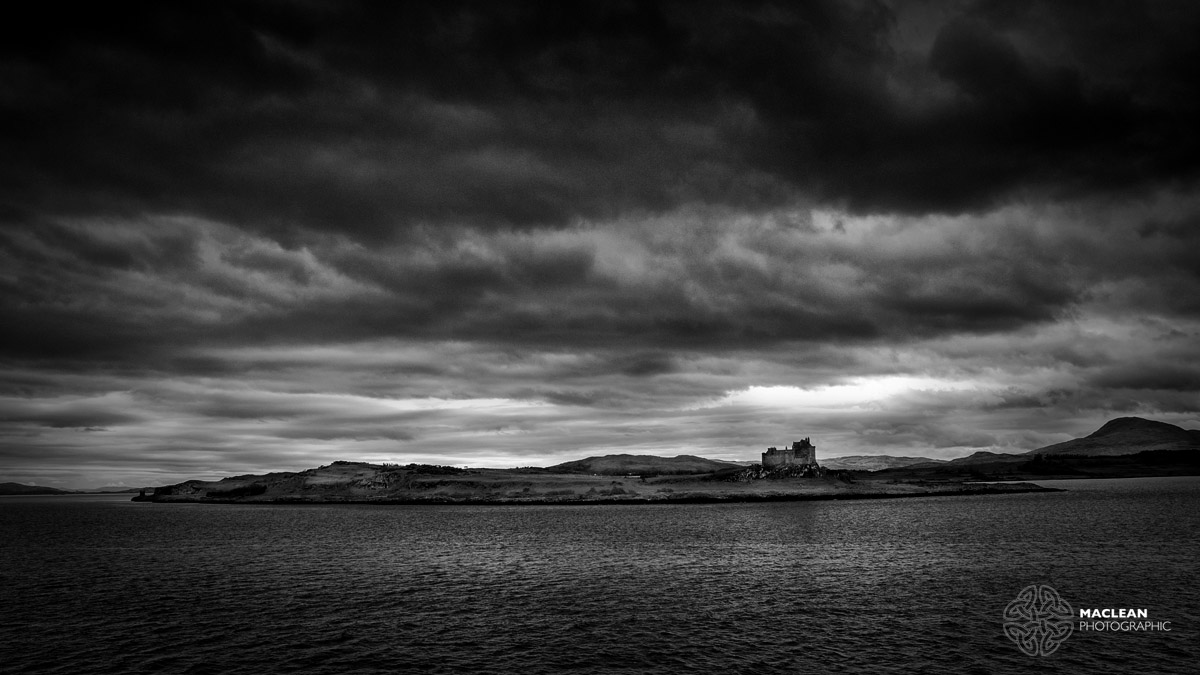 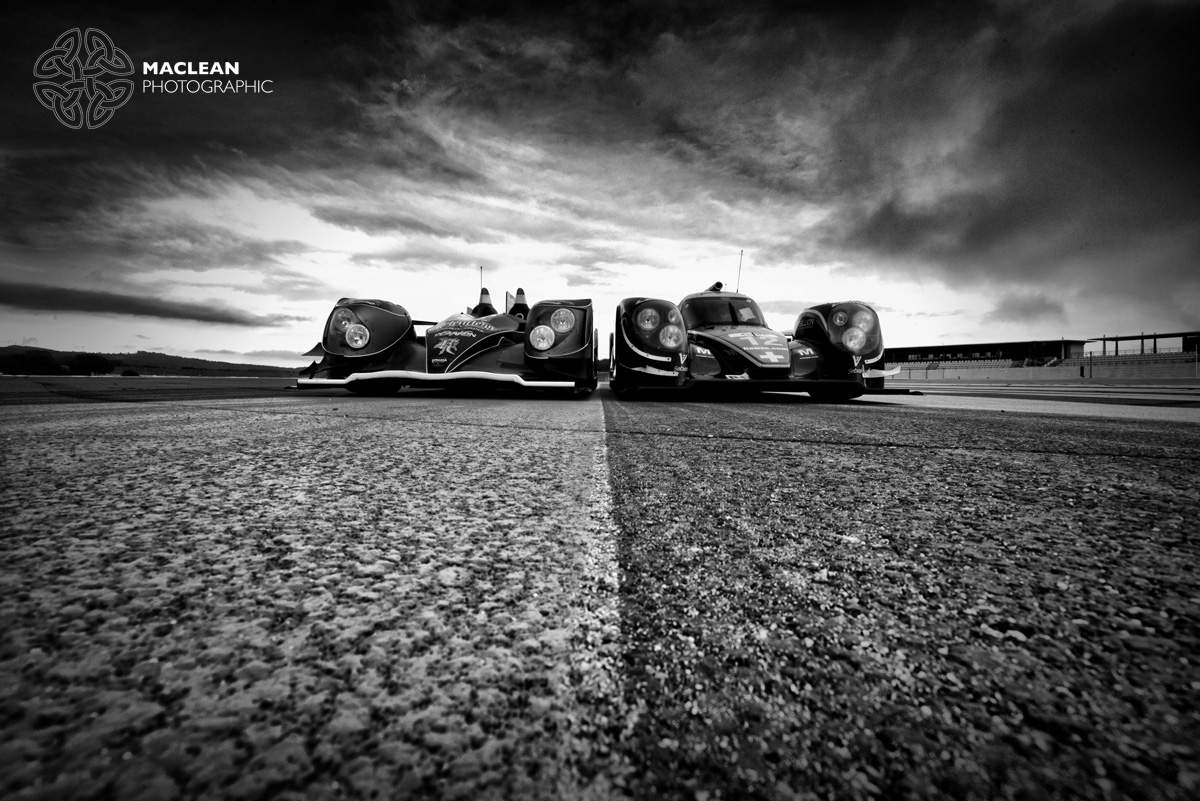 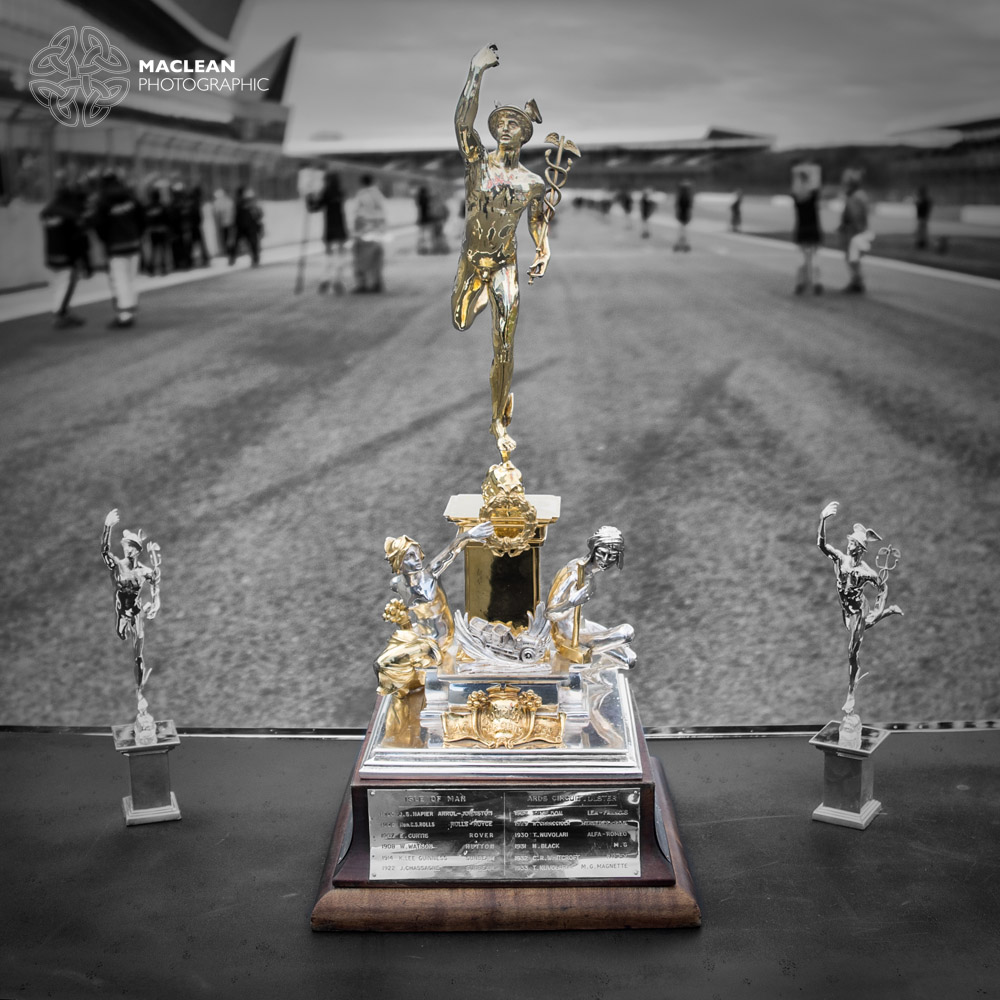 The Tourist Trophy on the grid before the start of the race at Silverstone - Fuji X100 At the end of the opening round of the FIA World Endurance Championship at Silverstone on Sunday Allan McNish, Tom Kristensen, Loic Duval and Audi became the latest names to be added to the Royal Automobile Club Tourist Trophy roll of honour that stretches back to the first race on the Isle of Man in 1905. It was with a sense of pride that I watched the Tourist Trophy being held aloft by three FIA WEC drivers as I was involved in the negotiations with the Royal Automobile Club to bring the Tourist Trophy to the WEC.  This was through my links with the Club when working for them as the press officer for the Tourist Trophy and the London to Brighton Veteran Car Run. The first panel of winners from 1905 to 1933 and there are three more panels like this. HISTORY The 108-year-old Tourist Trophy is one of the most significant prizes in International motorsport. It was the first formal
Post a Comment
Read more 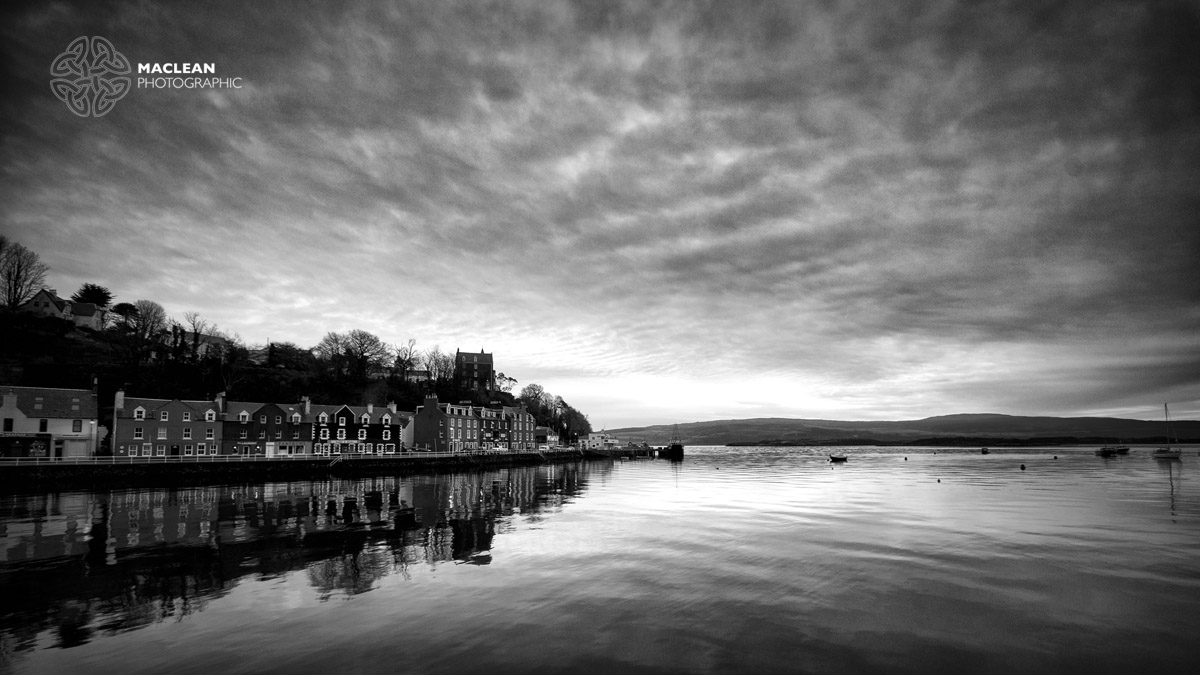 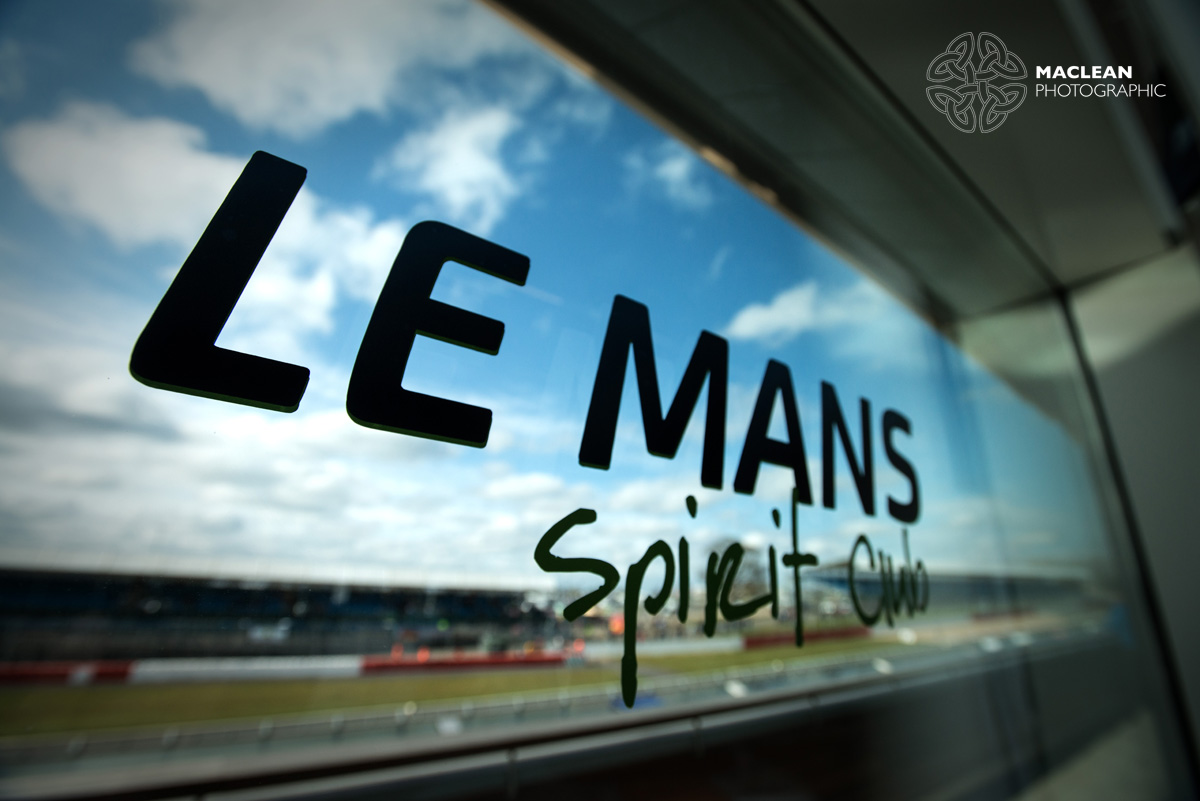 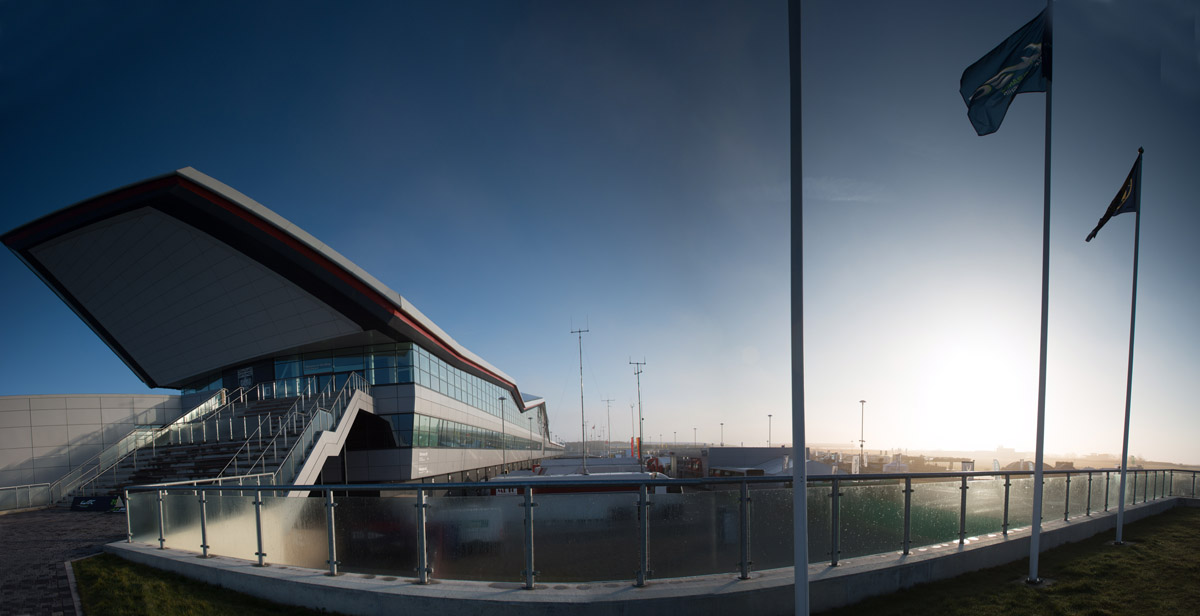